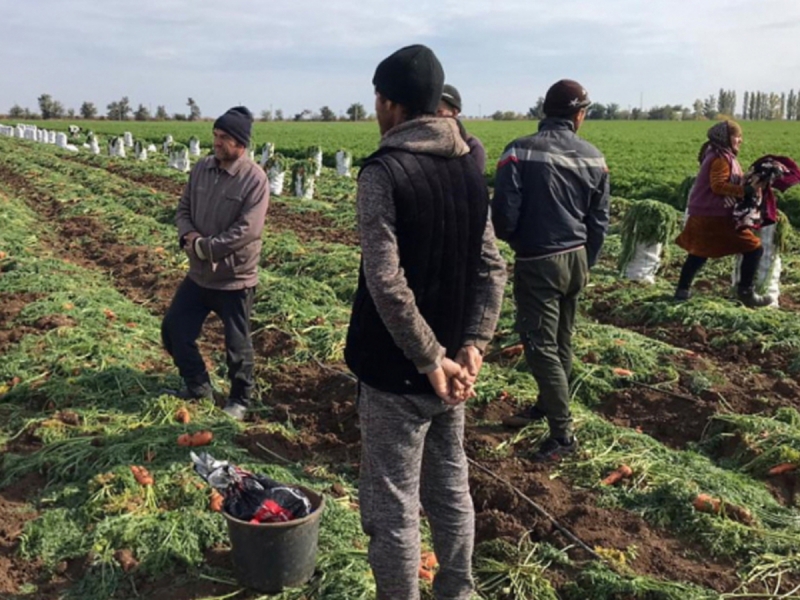 Russian Railways said that it is waiting for applications from producers of vegetables, fruits and berries.The Russian Ministry of Agriculture, together with Russian Railways, discussed the launch of a project of charter trains that will be able to deliver migrants to the Russian Federation, which the local agro-industrial complex needs.

According to Kommersant, the meeting took place last week. An insider in the agency said that manufacturers and representatives of the regions took part in the discussion, and the agency initiated the submission of collective applications for the organization of such flights by Russian Railways.

The question arose in March of this year, when foreign labor could only arrive in the Russian Federation by air. And this significantly increased the costs of manufacturers.

Market representatives said that one flight on average cost them 80,000 rubles. The Ministry of Transport said that the charter train fare will cost 12,000.

Russian Railways also clarified that these flights were approved by the operational headquarters for the fight against coronavirus, but no applications for them from manufacturers have yet been received.

Among the potential customers, the media names farmers, companies producing fruits and vegetables, but now the same production of berries is experiencing stagnation, because the area of plantings had to be reduced precisely because of a lack of labor.

Earlier, as Topnews wrote, the Ministry of Internal Affairs demanded that the CIS take 1 million illegal migrants from Russia.

The deadline set by the agency was set until June 15.