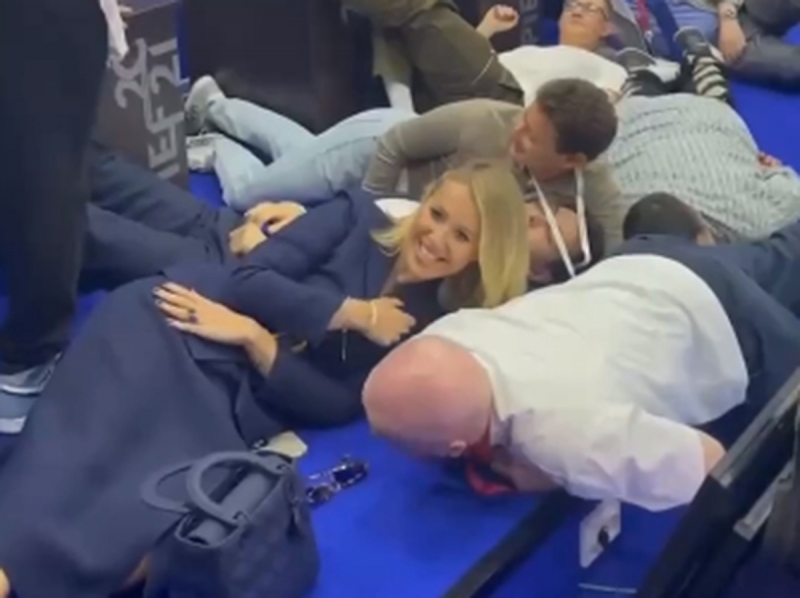 Media and bloggers told the details of the St. Petersburg International Economic Forum in 2021.

The International Economic Forum-2021 has started its work in St. Petersburg. The event was the first major meeting of business representatives in the last one and a half & # 8220;covid & #8221; years.

One of the main topics of the forum was the issue of the global economic recovery after the COVID-19 situation.

It is expected that the business program will begin on June 3, 2021, and today there are “screenings” of creative business as part of the first day of the SPIEF.

Traditionally, the forum is held in the Expoforum Exhibition Center. Delegations from more than 100 countries are expected to attend the event. However, they will not include representatives from Washington, although representatives of the US Embassy will be at the SPIEF to assist representatives of American business.

Meanwhile, details of the work of the first day of the SPIEF began to appear on the Network. And journalists and media personalities are happy to upload creative footage from the event to the Network.

For example, the forum noticed a robot dog that runs among the guests. It is reported that the creator of the device was the company Unitree Robotics from China.

One of the SPIEF stands made a lot of noise on the Internet because of its appearance & # 8211; it is decorated with khokhloma, icons, as well as the face of Jesus Christ and the image of a priest.

The stand belongs to the International Agency for Sovereign Development (IASR), whose Supervisory Board is also headed by Konstantin Malofeev, Head of the Board of Directors of Tsargrad Group of Companies.

Meanwhile, SPIEF participants note that prices at the forum, despite the general global crisis associated with the pandemic, here “live their own separate life”.

So, TV presenter Ksenia Sobchak complained about the prices in the buffet, calling this place“the most important ” for discussions, in which“everything happens & #8221;.

The TV presenter published a picture of the menu, according to which anyone who wants to have lunch at the forum will have to pay 3800 rubles for five dishes at once.

& #8220;Prices [forum ticket] increased from 300 thousand to 900 for participants, and now you can only eat for 3800 per seat (a kind of “Swedish chair”). That is, you sit down at a table, just ordered green tea, and you still have 3800 with a snout like a bush, she said, adding that there are only four types of menu, which also does not sound very good.

In addition, Sobchak published a video in which she and the participants of one of the blocks are lying directly on the floor and pieces of furniture.

& #8220;It was the St. Petersburg Economic Forum”, & #8211; the TV presenter greeted the audience on camera to the laughter of the flash mob participants.

By the way, the company Sobchak in & #8220;rookery & #8221; was a well-known ticktoker Danya Milokhin, who to the surprise of many Internet users also became one of the speakers of the international forum.

By the way, in his speech, Milokhin, answering the question about the regulation of tiktok by the state, said that no one can regulate TikTok.

According to him, blogging is a free space in which “you can shoot whatever you want, whatever you find interesting.”

Earlier, topNews wrote that the founder of the cafe chain“AnderSon & #8221; told how she was offered to speak at the SPIEF for almost 1 million rubles.

According to Anastasia Tatulova, the corresponding offer came to her from a high-ranking official.