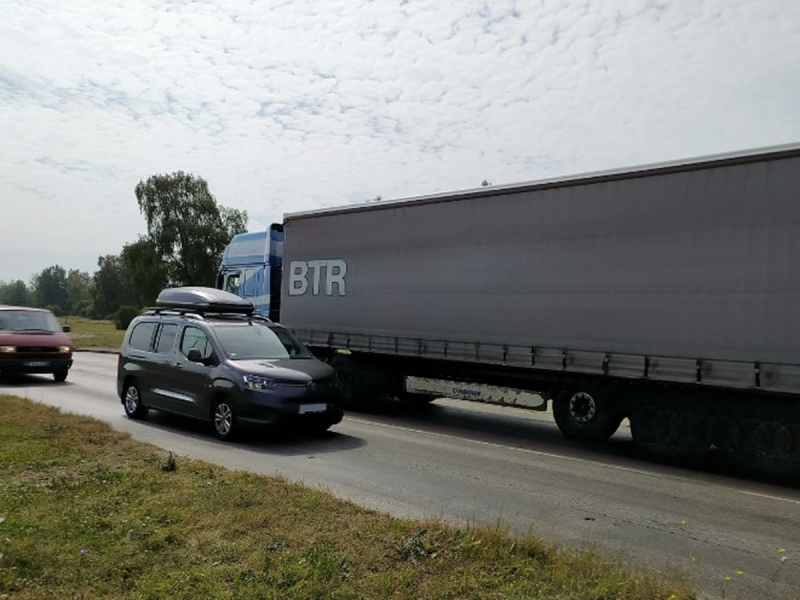 Izvestia found out the details of Astana’s detention of 8 car trains to Russia.

It became known to the media that heavy trucks carrying goods from EU countries to Russia are being detained in Kazakhstan.

According to Izvestia, about eight road trains are already being delayed indefinitely in the neighboring country.

The media, with reference to the Association of International Road Carriers, reports that so far the number of cases has not reached a dozen, but the reasons for their retention are not indicated.

Transport is located in parking lots for violators of the rules of travel, where storage is expensive. Also, road trains are delayed at terminals at the local customs. A number of them, as ASMAP points out, are simply stopped on the road.

At the same time, the drivers’ documents were seized, and therefore they cannot leave Kazakhstan.

“Izvestia” clarifies that all road trains delivered to Russia exactly goods from Europe, via Belarus and Kazakhstan.

The Ministry of Transport of the Russian Federation noted that the country’s authorities have introduced requirements against Russians that cannot be recognized as legitimate.

According to the ministry, Astana requires drivers to provide documents for goods that were issued not to Russian carriers, but to their predecessors – European companies that transported goods across the EU to Belarus or the Russian Federation.  However, the problem is that companies do not transfer documents to each other.

The illegality, according to the Ministry of Transport, lies in the fact that the new rule of Kazakhstan itself violates the Agreement on International Road Transport. The agency demands to release the drivers, return their documents and not impose fines.

Due to the current situation, ASMAP recommends that Russian carriers refrain from transit for a while.

Earlier, Topnews wrote that data about billionaires who are part of Nazarbayev’s entourage appeared in the media.