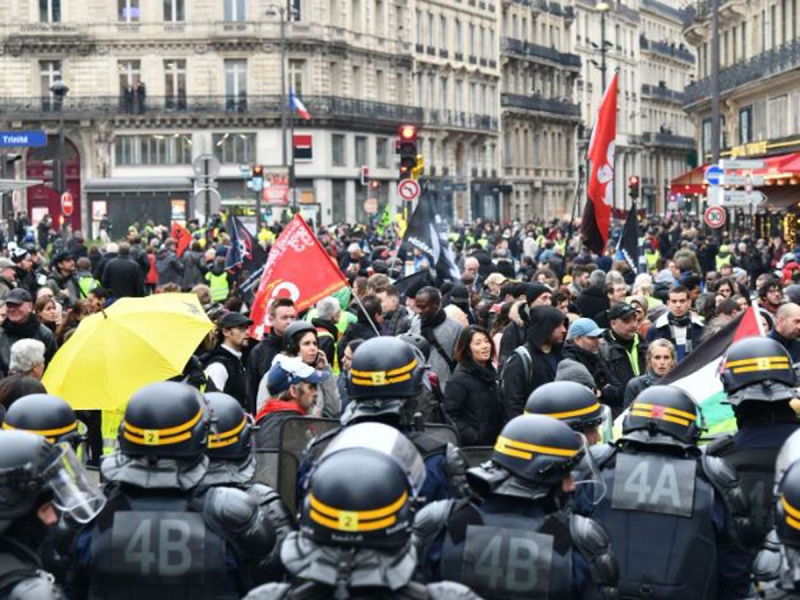 Chinese media reported that due to rising fuel prices, the dissatisfied population of Europe can achieve a change of the authorities of the countries.

According to Mark Blacklock, a columnist for the Chinese Global Times, Europeans are already coming out to protest, objecting to the unprecedented price increase. People believe that the authorities are unwilling to find solutions to the problem.

Their inaction can lead to serious consequences, the journalist believes.

“If the answer is not given, this winter may become a period of discontent, the like of which has never been before,” the author noted.

Black believes that the threat of an energy collapse is great, because in the same UK, according to scientists and forecasters, about 65.8% of homes will face the fact that they will not have enough gas for heating. Already, the British have to choose between food and electricity, writes a columnist.

Blacklock points to the huge increase in prices for goods and services that has arisen due to the global increase in fuel prices. And the people can go to extreme measures of discontent, he believes.

So, in the UK, activists are calling for a boycott of electricity bills, and trade unions are preparing a series of rallies demanding higher wages and lower food prices.

Also in four countries, including France, Belgium, Spain and the UK, there were strikes in which civil servants demanded to increase salaries for those who do not keep up with inflation.

“There is already a lot of evidence of this simmering discontent.”, — emphasized Blacklock.

His colleague from Forbes, columnist Rapoza, believes that without Russian gas, Europe is waiting for a repeat of the Middle Ages. So, according to the journalist, modern European news resembles those that previously came from Bolivia, and inflationary growth is accompanied by rationing of resource consumption by the authorities.

He cited Germany as an example, where businesses are shutting down due to high electricity bills. The author also points out that, according to Barclays Capital, the EU will plunge into a deep recession, which has three reasons: rising fuel prices, tough ECB measures and falling demand. Most of all it will affect  Germany, France, Italy and Spain.

Rapoza recalled that in the five-year period until 2022, the consumption of the European Union amounted to 400 billion cubic meters of gas per year, of which 100 billion were received by consumers, 167 billion by industrial enterprises, the rest went to the energy sector.  Russia supplied about 50% of this volume.

To reduce the level of tension, the EU has replaced Russian supplies with other sources and partially reduced consumption, but the consumption of the same gas must be reduced by at least 15% (60 billion cubic meters) if Russian supplies stop completely. But even then Europe will continue to buy fuel from the Russian Federation.

Recall that since mid-June, Nord Stream has reduced the operating mode by 20% percent of the daily output of about 170 million cubic meters. Gas exports stopped at the end of August. The Russian side explained that the turbine at the compressor station is faulty, and Western sanctions prevent the repair of Siemens units.

Earlier, Topnews wrote that InoSMI named the culprits of the crisis in Europe, and it’s not Russia.