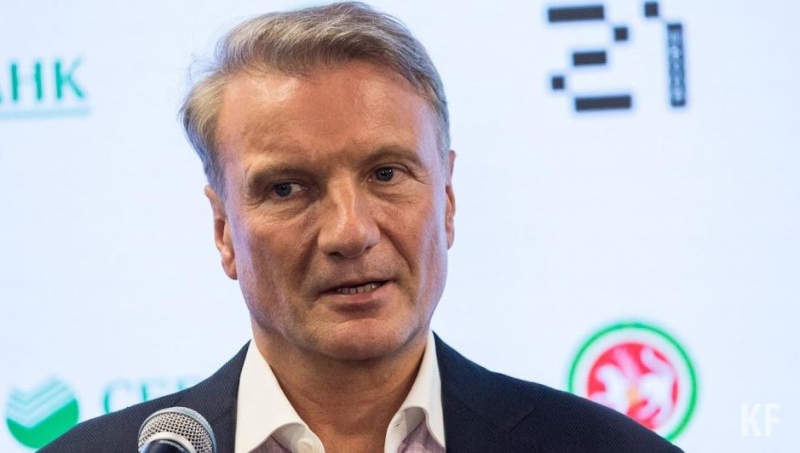 The head of Sberbank described the situation as paradoxical, but not dramatic.

The head of Sberbank, German Gref, said that the Russian economy will be able to return to last year’s figures only within 10 years if no action is taken.

Speaking at a business breakfast of Sberbank, where the construction of the country’s economy in the future was discussed, he said that anti-Russian sanctions affected many sectors of the economy, including finance and industry, fuel and technology sectors.

As RBC writes with reference to his words, the countries that imposed sanctions receive 56% of exports and 51% of imports of the Russian Federation, which is a threat to 15% of Russian GDP, but, nevertheless, the restrictive measures of the West turned out to be milder than world experts believe.

Already now, Gref notes, we can talk about the strengthening of the national currency, the impact of this on inflation.

“Lowering rates and resuming lending to the economy is the most important factor in making it stable”, – the expert explained.

We can even talk about the strengthening of the ruble, which has manifested itself due to many factors in recent months. These include a trade surplus, a decline in demand for foreign currency and a drop in the flow of imports to Russia. It turns out, the analyst notes, that “currency… in Russia, no one needs ”.

Thus Gref describes the situation in the Russian economy as “paradoxical”, but in general, but not “dramatic”.

According to RIA “News”, the decline of the country’s GDP against the background of sanctions was discussed at the SPIEF. The Central Bank’s forecast looks the toughest against this background, predicting a decline in growth by 8-10% back in April.

Now the adjustment looks more optimistic, and in July, probably, the Bank of Russia will present other indicators.

The relevant department, the Ministry of Economic Development, believes that the gross product will decrease by 7.8% by the end of 2021.

Earlier, Topnews wrote that as part of the next package of EU sanctions, German Gref himself was blacklisted.